The Best Ad Of The Year?

The Epica awards have been announced.

The TV Grand Prix winner was a UK ad.

But which one was it?

Go on, have a guess.

10 points if you named this one:

OK, let’s get the cards on the table. First off, I know (and consider myself a friend of) Dylan and Feargal, who created this, so hats off to them for their fine achievement. Hats even further off for the million+ YouTube hits this ad has received.

But to be completely honest I’m a bit surprised. In the last few months I’ve twice asked the readers of this blog for suggestions for best British ad of the year. In over 50 responses nobody mentioned ‘Dog’ (weirdly, though, a friend emailed me the other day to tip it). Personally, I couldn’t wholeheartedly get behind it because I didn’t quite understand it. I enjoyed the singing dog (who wouldn’t?) but I didn’t get the fear/confidence thing. I just thought it was being quiet indoors because that’s what people are like: they sing in the car, then hum in the bank; otherwise they’d be arrested.

Fortunately, millions got it and the Epica jury loved it.

Will it be BTAA ad of the year? Well, it’s got hot form now, so why not?

On the subject of DDB London, they also won the press GP for Marmite, and this is the best poster I’ve seen in years: 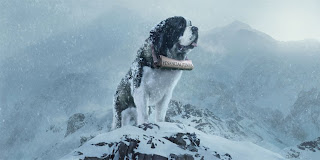