This Is What An Awards Annual Should Look Like:

The New Creative Circle Annual is hot off the presses, and it’s a cracker. 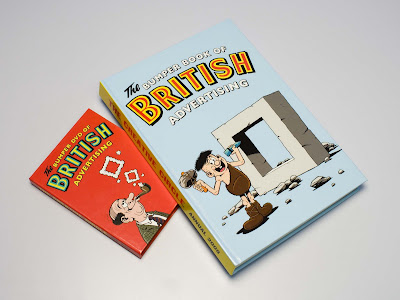 I have made no secret of my disappointment in the recent D&ADs (humourless, derivative, dull, difficult to read the copy winners, no idea etc.), but thankfully CC have stepped up with last year’s Belford-designed beauty, and now this completely different, but no less brilliant tome from Dave Dye and Mark Denton: 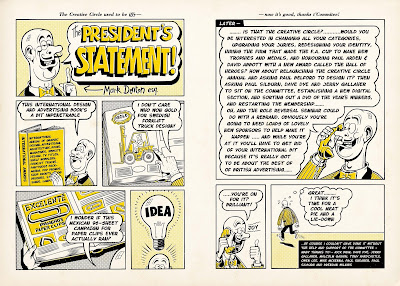 Dave’s justification for this, which can be read in the book, suggests that ‘if a chap is given a brief to follow up a particularly spiffing piece of work, he should (a) analyse said piece of spiffing work, then (b) Do the exact opposite.

For this one, they had to go with the CC’s USP and make it British, so they went for comic book annuals: ‘What could be more British?’ Dave took full advantage of Mark’s Phd in knobgaggery (not as rude as it sounds) and then the two of them enlisted further contributions from people like Sean Doyle, Steve Bright (illustration), Andy Dymock and many others (modesty prevents me from listing them in full). 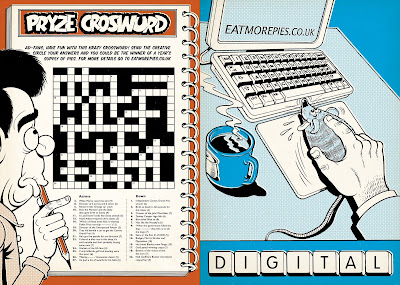 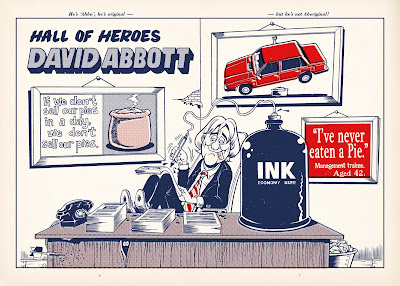 If you want one (and the DVD that goes with it), they’ll be available for £75 at the official Launch/Membership Drive at The Pregnant Man (Saatchi and Saatchi’s in-house bar) on Weds Jan 28th, or you can call Janice Wilson at Creative Circle on 0207 734 9334. Apparently there’s a free pie and pint for early birds. 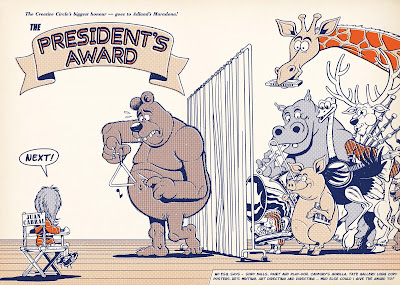