When people talk about what you need to succeed in life they often cite the abstract concept of ‘luck’.

But what is this mysterious, magical power that holds such sway over all our fates?

Well, after careful analysis, I’ve come to the startling conclusion that it’s just some made up bollocks that people use to demonstrate that life is not entirely under their control.

You often hear stories of a person who didn’t catch a plane that then crashed (‘Oh, my God! That was really lucky!’), or won a bet against long odds (‘You lucky bastard!’), or found their other half under unusual circumstances (‘Lucky you decided to stay another day, eh?’). But under the surface the circumstances have not been led by a magic force; they are simply occurrences that happened based on some conscious and unconscious decisions.

The person who missed the plane just happened to miss the plane. They’ve probably missed a few other planes in their life, but none of those crashed, so there was clearly no ‘luck’ involved.

The person who won the bet obviously made a bet they thought they might win, so where’s the luck in that? In fact, it might have come in because of a striker who hit the post instead of scoring. ‘Ooooh! Unlucky!’ a million football supporters and commentators would have said at the time, when, in truth, the striker took a poor shot. Nothing unseen guided a perfectly good volley towards the woodwork.

The couple who meet or don’t meet would do so (or not) based on behaviour that suggests people with similar interests do similar things and that people from similar backgrounds move in similar circles. Put those two factors together and you get plenty of ‘luck’ just waiting to happen.

But the problem with bringing significance to the idea of luck is the abdication of responsibility that comes with it. There’s a famous Gary Player quote: ‘The more I practice, the luckier I get’. That’s the key to it all: you really do make your own ‘luck’, but only if you believe that. If you fatalistically lie down and wait for luck to wave its magic wand, it will wave it far less often than if you work harder, meet more people, look for more opportunities, take more chances and generally enhance all the things that are under your control.

As John Hunt so succinctly puts it: 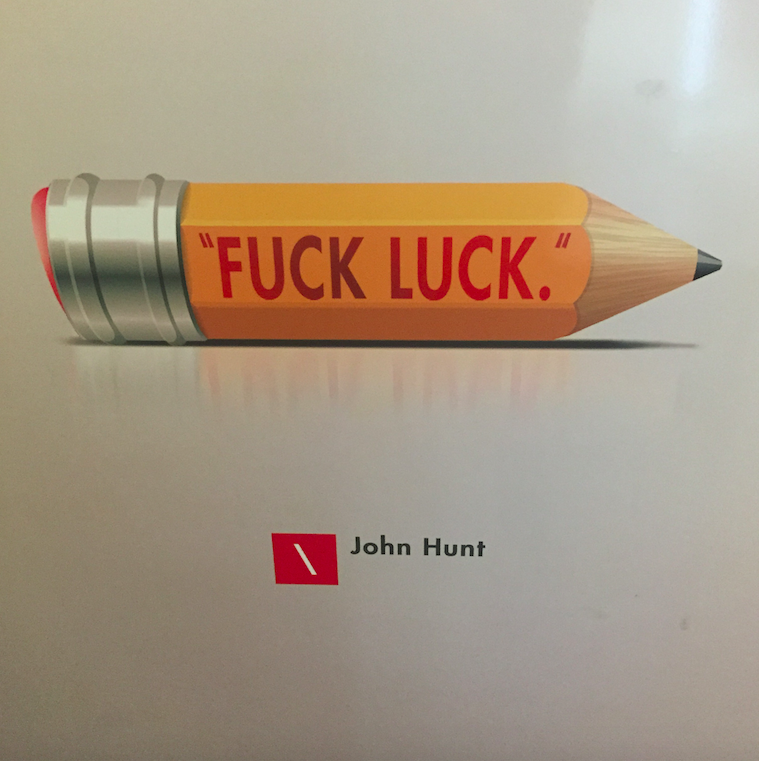 8 Responses to what is luck?