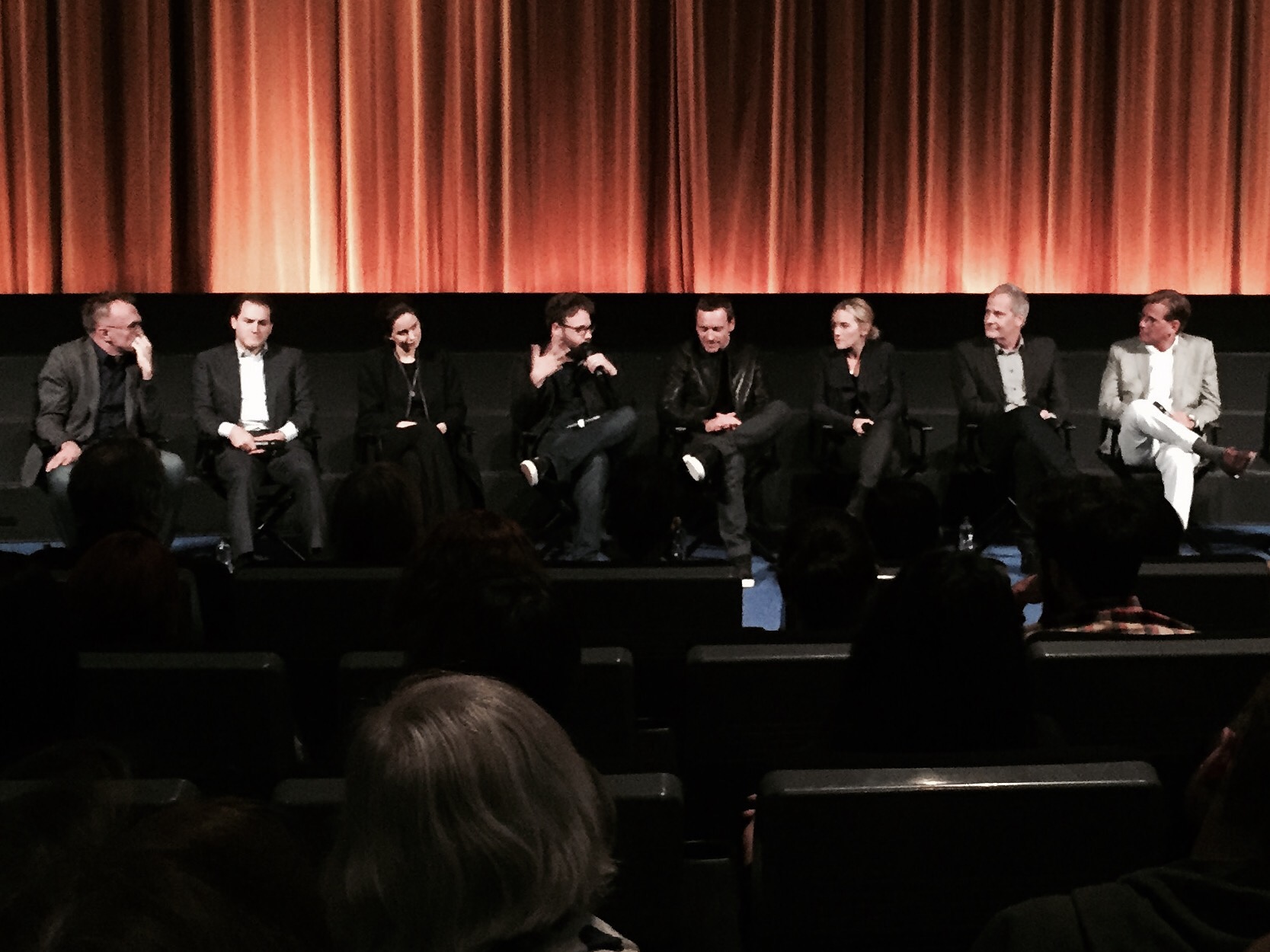 Hi Ben,
As you know I went to see the Steve Jobs biopic last night.
There was a Q&A afterwards with the whole cast, as well as the writer and director.
This is what I learnt;

1. Danny Boyle fought to have the film shot in California because he saw it as the spiritual  home of Apple and believed it would add something to the process. This cost an extra 5 million bucks compared to shooting in Prague.

3. He noticed that the whole of The Social Network is filmed with the actors sitting down. He joked that the main point of difference with his film would therefore be that everyone would be standing up.

4. He shot it on various forms including 16mm for the first launch and on the Alexa for the third to help create a different texture for each era.

5. Aaron Sorkin is very tanned and likes to wear cream suits to show it off.

6. He settled on the idea of basing the whole film around three product launches (which works well with the 3 act structure) because he was just bored with the idea of doing a typical chronological biopic.

7. Jeff Daniels seemed very nice but didn’t say much. He’s great as the Pepsi marketing guy that fucked Steve over.

8. Seth Rogen is very funny and very smart. (And good as Wozniak). He says he did the film because no one has ever asked him to be in their film before. I’m not sure it’s true but it got a good laugh.

9. Michael Fassbender unfortunately added nothing in the Q&A of any interest but seemed very nice. (Personally I think Christian Bale would’ve been better and brought an intensity to the role that both he and Steve Jobs are infamous for).

10. Kate Winslet has great presence and charm and knows how to play the system. Her “in” was through her make-up artist on her previous film, who had been pencilled to work on Steve Jobs next. She campaigned hard and sent selfies of herself to Danny Boyle looking like an unattractive Eastern European American. It just goes to show that just because she’s an Oscar winner doesn’t mean she’s lost her determination to succeed. (She’s very good in the film, except the Eastern European part of her American accent was a bit hit and miss in the first act).

Overall, the thing I walked away feeling was that although I enjoyed it I didn’t learn anything from it because we all know so much about Steve Jobs, so it’s very hard for a filmmaker to add anything.

Well, thank you very much, Cam.

All very welcome and interesting.

If anyone else would like to write a guest post for this blog, please send a stamped, self-addressed envelope to bwmkay@gmail.com.