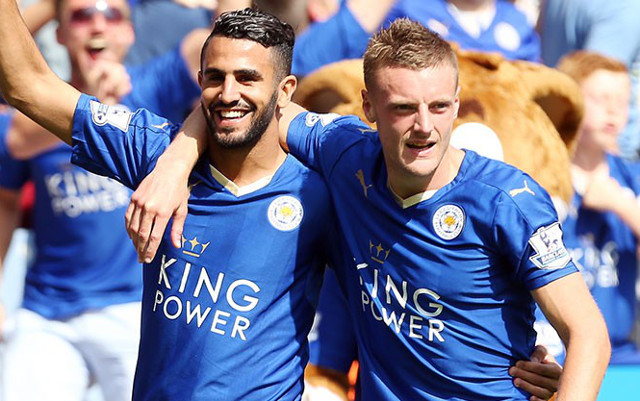 At the time of writing, Leicester City haven’t quite won the 2015-16 Premier League title, but they will.

For those of you who don’t follow football, I feel I’m going to need a few facts to explain how seismic and unlikely an occurrence this is. Actually, I only need one: at the start of the season the bookmakers believed it was more likely that Dean Gaffney would win an Oscar.

At 5000-1, the chances of Simon Cowell becoming PM were ten times more likely.

Some have called it the biggest upset in recorded sports history.

As I’ve mentioned before, I love an unlikely success story, and despite the racism, diving and cynical fouls that have accompanied this win, I am fully behind it. It’s a modern day fairytale, where a cheaply-assembled collection of also-rans bested the billionaire-funded behemoths of Manchester City, Manchester United and Chelsea (and everyone else). It gives us all hope.

But it also makes me think: what conditions would you have to replicate in order to repeat the achievement elsewhere? Well, in the world of advertising I couldn’t help thinking of Dave Trott’s creative department of the 1980s. They laid waste to all comers by producing the world’s most popular and award-winning work, but they were a collection of relatively untried youngsters.

It’s well known that Dave wanted his department to operate his way; putting together a team of superstars from other agencies would make this much harder, as they’d be more inclined to question him and try to do things their way (plus they’d cost much more). So Dave found a bunch of talented, hungry juniors and shaped them into a team of world beaters.

The real question is: why does this method work? I have a theory: these days most Premier League footballers earn millions. They drive supercars, date (page 3) models and have colossal entourages hanging on their every word. This makes a manager’s life difficult. How do you dictate terms to a young, stupid millionaire whose friends spend all day blowing smoke up his arse? I think that’s where Wenger and Mourinho now struggle: unless you show yourself to be a faultless legend (at the moment that’s really just Guardiola and Ancelotti, perhaps with Simeone thrown in) there will be doubts, and those doubts will shave 10-15% off a manager’s ability to exert his will. But for a team to play brilliantly together the manager has to assert his will. He must be obeyed, otherwise the plan goes awry and the points are lost. But if you put together a team of players/creatives who are lower down the totem pole they will be less likely to question the manager or CD’s authority, and that can give you the extra 10-15% you need to beat the less committed teams.

Sure, it takes a very good manager, and possibly an alchemical combination of hunger and talent, but you can either make the whole greater than the sum of its parts or, it seems, less.

I also concede that various circumstances also contribute to this situation: lower expectations; an underdog spirit; no giant overlord (holding company/interfering owner) to corrupt the momentum; the power of the novel (teams unprepared for the strength of Leicester; rival agencies similarly unprepared in pitches, or awards juries moved by the upward trajectory of the latest star agency)… But these are circumstances often made by the team/agency, which means they’re also malleable.

So there you go: be a great manager/CD and fill your department with the talented, hungry and cheap.

The rest will be history.