Have you ever wondered why we admire the things we do? What is it about Guernica, Astral Weeks or Great Expectations that has left them venerated as lasting classics?

Sure, they are all beautifully crafted, but what does that mean?

I think it all comes down to difficulty. Could you have conjured up the ideas for those works of art then executed them to such a high standard? Almost certainly not, so that makes them worthy of your respect.

And it’s not just art: Rosa Parks, Edmund Hillary, Albert Einstein, Usain Bolt, David Attenborough, Marie Curie, Emmeline Pankhurst, Gandhi, Amelia Earhart… Can you imagine going through what they went through, or coming up with their ideas? It’s not impossible, but it’s ridiculously hard, so they get to be admired. Whereas the average bus driver, dog groomer or copywriter? Not such a big deal because their achievements tend to look achievable.

Think of the ads that have made you jealous. I think some will have seemed impossible:

…while others might have just made you kick yourself for failing to come up with them: 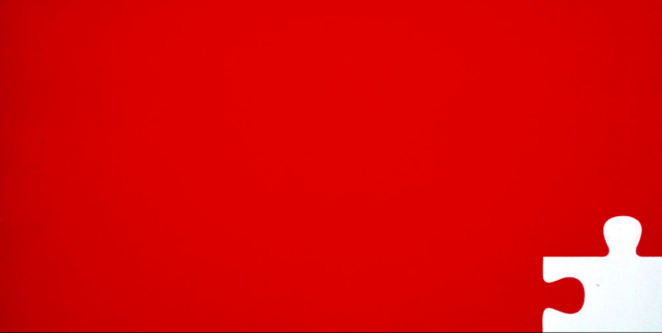 That Economist ad is a great example of the latter. Could you have done it? Possibly. Did you do it? No. As someone who spent many, many hours trying to come up with Economist posters I can tell you that it never seemed within my ability. If it had been I might have got close to it, but I (and many other people far more talented than me) literally could not come up with it. It was too difficult, and therefore worthy of our respect.

It’s the reason why, when it comes to writing, people admire economy of expression: it’s fucking hard. Wittering on and expressing yourself vaguely in cliched terms is pretty easy, so even if it manages to convey the point we don’t admire it as much. Maximum meaning, minimum means is both a brilliant encapsulation of itself and a guide to artistic difficulty and excellence.

It’s also the reason why certain examples of modern art are derided: it’s easy to dribble paint over a canvas or set up a pile of bricks. But that misses the point: it’s actually very difficult to do those things and have them represent an element of the human spirit or the state of society. 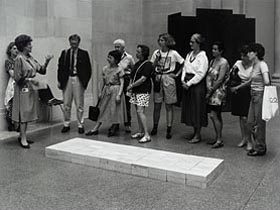 And it’s really only when the difficulty of something hits us that it the excellence reveals itself. For example I recently showed this to my son:

He plays guitar, so he watched the first things Prince did and said they were good but possible. Then I showed him what happens around 4:03 and he conceded that his mind was blown. The playing in that sequence is so difficult he couldn’t get his head round being able to do it. He then said that he wanted to be better than Prince, a man he now admires.

You might think of examples of difficult achievements that you don’t admire, but I’d argue that you can admire the quality of the achievement without liking it or the people behind it. For example:

So that’s all there is to it, really: do things that are either difficult, apparently difficult, or easy for you but difficult for everyone else; then life will be a breeze.