The truth will set you free

It’s an essay on the damage that can be done by even the smallest white lie and it suggests that we can radically simplify our lives and improve society by merely telling the truth in situations where others often lie. If you lie to a friend in front of another friend the second friend will then realise that you might lie to them, too. This may not be conscious, but it will slide in somewhere and leave your relationship damaged. Or a friend might ask what you think of a painting they just completed. If you don’t like it but you tell them it’s great you’re doing the social equivalent of sending them out with a ‘kick me’ sign on their back. Is that what a real friend would do?

Anyway, it’s full of similar examples and makes a lot of sense, but instead of making me consider the problems caused by lying it made me think about how many great things happen when we tell the truth.

I don’t just mean telling a friend how their painting could be improved; I mean being authentic, open and fully self-expressed. Here’s an example: 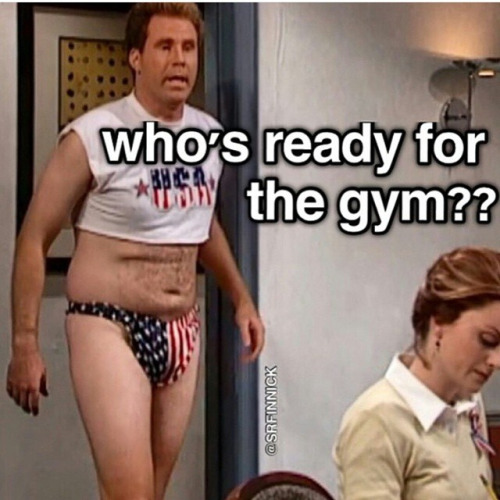 Now, I’m not saying that Will Ferrell is in poor condition, but he’s not exactly Brad Pitt in Fight Club. Does he care? If he does we certainly can’t tell. He’s just comfortable in his own skin (literally) and it makes him more likeable. Those of us who would rather not let it all hang out for fear of being judged have to live a somewhat hidden life that reflects fear and a greater value placed on the opinions of others, neither of which are generally considered to be attractive traits.

Another example is Howard Stern, the US radio DJ. I listen to him most days as he goes into ridiculously graphic detail about whether or not he masturbated the previous night, what kind of porn he watched as he did so (usually babysitter scenarios), what his clean up tissue routine is, when he takes a dump and how he wipes his arse. Now, that might sound to you like an unpleasant overshare, but it’s actually surprisingly refreshing. He doesn’t talk about this stuff in a boastful or titillating way; more like an explanation of a trip to the supermarket or attempt to cook dinner, and it tends to come off as self deprecating, particularly as he regularly mentions how small his penis is. Perhaps you have to give it a listen yourself, but millions tune in every day, partly because there’s actually a mega-famous A-list celebrity who happily talks about every part of his life, whether you feel comfortable about it or not. And why shouldn’t people discuss masturbation or going to the toilet? Why are those subjects considered to be taboo or disgusting? Perhaps if more people were open about that kind of thing people wouldn’t behave like 12-year-old boys or matronly aunts when those topics come up, and maybe people wouldn’t be so squeamish about getting checked out for testicular or colon cancer.

I’m not saying that everyone should share every thought that pops into their head; that would be disastrous. But I am suggesting that repression and suppression can often end in misery and restrict our connection to other human beings. After all, what is it about art that we really appreciate? It’s anything that shines a light on the human condition and makes us feel as if our experiences are not ours alone. You may not want to be the one who puts their hand up to express a vulnerability, but you sure appreciate those who do.

And it’s a path to artistic success:

Louis CK suggests the way to creative fulfilment is to say what you believe, and that trying to please people is a short-lived victory.

Richard Pryor’s open, truthful style broke barriers for people to talk about race and sex: “When you hear him do those routines they are making it easier for people of different races to talk to each other and laugh with each other. It was groundbreaking.”

You may not like Kanye West, but he was the one who said what we were all thinking:

And what about the way social media silently encourages us to present the very best sides of ourselves? Wouldn’t it be great if the fear that surrounds every dismal humblebrag were replaced by bold authenticity?

Just to be clear, I am as guilty as everyone else of the sins of mendacity mentioned above, but I’d be delighted if there were more truth shared around the planet. And why does it seem so hard? I can’t help thinking that we’re liars by habit, drawn to the short-term gain, somewhat unaware of the long-term pain. It’s scary putting the real version of yourself out there, because if it gets rejected it’s a rejection of you instead of one of the masks you wear. But on the flipside of that, if people accept the false version of you then they’re only accepting one of the masks, and that sounds more than a little sad.

I think the above also applies to brands. Pretty much all of them try to present their best face, but only a few actually have a face that’s worth presenting. It’s the dodgy ones that want to seem so much better than they actually are that don’t endear themselves to us: lying about your CO2 emissions to fool people into buying your car; using sweat shops to make your products while preaching about global togetherness; using the words ‘natural’ and ‘healthy’ in their loosest and most flexible senses; banks wittering on about how they help small businesses while they help the super rich to avoid tax and launder money for drug cartels. All crashingly disappointing, but does it do them damage? Well, the corporate world in 2016 seems to default to the kind of behaviours we disapprove of, but then they’re so powerful that the negative consequences aren’t as prevalent as we might like. The Sun still sells millions of copies post-Hillsborough and Leveson; Starbucks is still full of queuing punters even though it shamefully pays little tax; Donald Trump lies several times a day and his support only grows. Perhaps our knowledge of this subterfuge is interpreted as some kind of authenticity, strengthening the brands in a roundabout way.

Hopefully this blog has been an expression of authenticity: I’ve told you all about my salary record; even as a freelancer I’ve criticised work/agencies that I see as damaging to the industry; and I blab on in great detail about my actual opinions on a wide range of topics. Has it done me any harm? Not that I’m aware of. Has it done me any good? Well, I like to think that any benefits have come from my authenticity – there aren’t many outlets for this sort of thing; perhaps that’s why some people appreciate this one.

4 Responses to The truth will set you free