Advertising is full of words phrases that have pretty much no real meaning. Here are a few:

State of the art: this morning I was cold called by a company offering me a ‘state of the art’ home security system. The meaning of that phrase is: ‘the most recent stage in the development of a product, incorporating the newest ideas and the most up-to-date features’. Sure, this is probably true, but what does it really mean in terms of solid benefits you can point to? Nothing. You can call anything ‘state of the art’ and no one can say you’re wrong.

Best-ever: I think the idea of a company making something really good then deciding to sell a worse version of it is a bit strange. Having said that, there are plenty of rumours of products that really are a slightly worse version of what a company has managed to develop. That way the incremental improvements can be spread out and sold over a longer period of time for more profit. But that’s not what this phrase is given to mean. It suggests a better version of your Twix/Hoover/Audi has just been created and is now available. Like I said, nobody is going to explicitly sell you a crap iteration if there’s a better one around.

Natural: everything’s natural if you think about it; after all, we all sprung from ‘nature’. But perhaps this refers to those things that are not exclusively man-made. Well, you can bet that with the current uses of pesticides and cultivation techniques, something described as ‘natural’ may not quite align with the image in your head. Sure, it might have been plucked from rolling fields of verdant pasture, but it’s slightly more likely that it was grown on an intensive farm, protected by some quite troubling pesticides then frozen for several months in South Africa before reaching your mouth. Natural? Kind of. Then again, that’s like the people who complain that homosexuality is unnatural then go and watch TV.

Organic: I think we all know that the definition of this word is pretty shaky. Yes, it means that it must meet certain standards, but there’s much debate regarding whether or not those standards actually make any difference to the product (other than the extra 20% on the price). Crops grown in organic soil are often planted next to non-organic fields whose pesticides can leach through under the ground. Yes, there is a bit of meaning to this, but it’s a long way from what it implies.

Limited Edition: it pays to look for the number to which an edition has been limited. 3 is good; 500 is not bad, but ‘several million’ does kind of take the shine off the implied scarcity value: 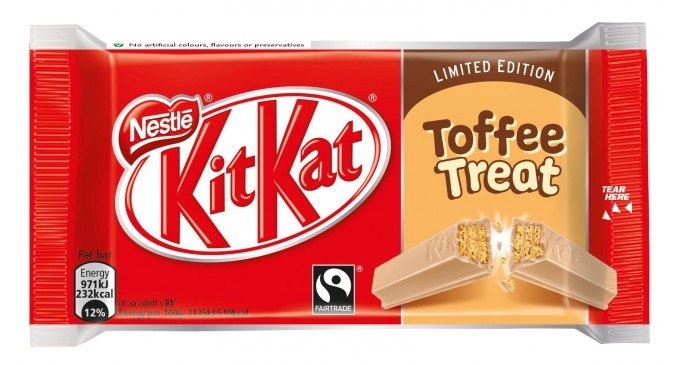 Environmentally friendly: this doesn’t have to adhere to anything at all. There’s no governing body, no set of standards and no consistency, which is why so many companies use it.

Artisanal: this means ‘made in a traditional or non-mechanized way’. Does that make it better? Who knows? And who can testify as to what a ‘traditional’ method of manufacture really is? Nobody. Like ‘organic’, ‘artisanal’ is a word that means nothing more than a 20% price hike.

Homemade (or in the US, ‘house made’): this one really intrigues me. Does a restaurant have to make something in a real home then bring it to the restaurant in order for it to be homemade? Well, one dictionary defines it as ‘made in the home, on the premises, or by one’s own efforts’. So… everything, then? I guess that might exclude ready meals and packets of biscuits, but I don’t suppose it has to. I can’t believe anyone really cares enough to pull people up on this, so restaurants presumably add it to any old dish description and slap on another 10%.

Value: value is something that only exists relative to a person’s opinion. Value has no value. So a ‘value’ bag of crisps might represent more crisps for less money, but if I don’t want it it has no value.

Quality: this is often used on its own, without a qualifying adjective (eg: Quality Butcher), leaving us with the question, ‘What kind of quality are we talking about?’. Do they mean a low quality butcher? (Presumably not). But even then, what do low or high quality represent in this instance? It’s never explained, so people can say ‘quality food at low prices’ and it means absolutely nothing, but they can also say ‘high quality food at low prices’ and it means exactly the same thing.

Do you have any to add to the list?