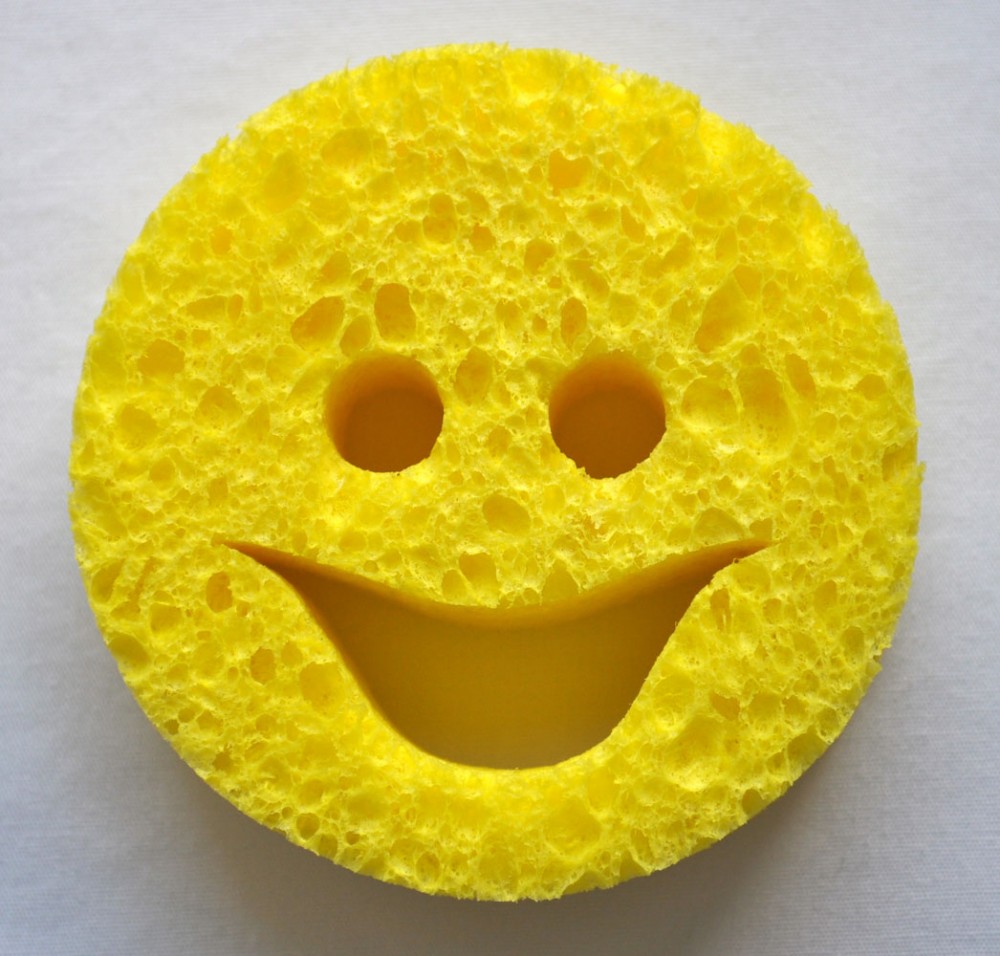 All sentient beings sponge, that is they soak up elements of their environment and then use them in some way. For people in the creative industries this process is thought to be essential to producing their work: a few manga cartoons + Culture Club’s greatest hits – a La Recherche Du Temps Perdu = brilliant novel/ad/scene/album.

But I have a few questions regarding the extent to which this is/isn’t helpful:

Does the quality of the input affect the quality of the output? Is watching nothing but Adam Sandler movies worse than reading nothing but Dickens novels? The obvious answer would be that it is; after all, the plotting, elegance of writing, depth of human truths and originality of character are clearly far ‘better’ in Dickens novels (because in Sandler movies they are utter toilet). But you could make a case for the opposite being true. You never know what influences are going to come out at what point or in which creative endeavour, so it may be that the Sandler ‘jokes’ lead to more connections with other things that then go on to create more original thoughts. If it’s impossible to be sure, why not shove it all in?

The other possible benefit of soaking up ‘lower quality’ material is that it can point you in the direction of what to avoid. Clichés can repel you, acting as markers for what not to include in your own work, so perhaps it’s a good idea to see what’s not good in order to realise that it’s not good. I see this often when my kids watch certain ‘kiddy’ movies: they tend to enjoy them more because it’s not the umpteenth time they’ve seen a certain gag/character/twist. But by the time they’ve seen these things many times they should understand that they ought to steer clear of them in their own work.

Still on the subject of kids I wonder about the cartoons they watch vs the cartoons I watched. Theirs are far more inventive, irreverent, original, creative, clever, crazy and inspiring than anything I saw. Compare Button Moon to Adventure Time, or The Flumps to The Amazing World of Gumball. The distance between them is light years, and that makes me wonder if what my kids are soaking up is turning them into far more creative people. My wife used to work with Vince Squibb and he once told her that he used to watch TV all the time, something to which he attributes his amazing level of creativity. Yes, he watched all the same shite I did and still became one of the greatest creatives of all time, but would he have been even better if he’d been a kid now?

Does the quantity of the input affect the quality or quantity of the output? In the case of Mr. Squibb it clearly did (or at least that’s what he thinks). Then again I’m sure there have been many, many kids who watched an awful lot of crappy TV but didn’t use those influences to create great work of their own. That may be because they didn’t have an outlet that would allow them to express those original thoughts, but you’d have thought it would have come out somewhere. Have they all painted their houses unusual colours or made crazy birthday cards? Did they want to but found that such ideas were frowned upon enough times to put them off suggesting them?

My kids have watched a huge amount of very creative stuff and they’re now very creative kids, but is that down to what my wife and I have encouraged them to do, or is it because their boundaries have been stretched by the massive amount of innovative work they’ve experienced?

I suppose that if you only had a single book to read then your creative expression would be somewhat limited (perhaps not entirely confined to what was found in the book, but probably missing the beneficial influence of the solo of Voodoo Chile). If we take that logic to its nth degree then surely the more you take in the better the chances of something interesting coming out. The random connections your mind can make must be greater in number, leading to odder and more original combinations and fresher thinking.

Does the diversity of the input make a difference? Similarly to the above two questions, it’d be interesting to know the extent to which hopping from Bollywood movie posters to Ansel Adams photographs to Whigfield albums creates more innovative work. It seems to make sense that putting together ingredients that don’t usually mix would create a final result that is less likely to have been seen before. Then again, if you’re trying to write an opera, is it better to watch a double bill of Beverly Hills Cop and Un Chien Andalou or sit through some John Cage, Brian Eno and Wagner? If you have a certain aim in mind, should you stick closer to the things in that neighbourhood, or stick to the diversity plan and take a helicopter all over the world? I’m sure I’ve heard of instances of the packaging on a jar of gherkins inspiring a classic album or a page of Dr. Suess providing the fuel for a documentary on gang violence, but I suppose hoping for that kind of serendipity takes a bit more confidence.

I used to enjoy flicking through old D&AD annuals, but not so much for the ads. Instead I’d look in the pop promo or environmental design sections to see what was going on away from my own industry. And it wasn’t even to look at the concepts; it was more to see hundreds of different random subjects in a short space of time: T-shirts, school books, frogs, Marshall stacks, Kate Bush, Korea, trees, a certain shade of orange etc. Award books are so far out of date that their innovation is non-existent, but the little odds and sods they contain are pure gold.

Does the timing of the input make a difference? I always wanted to be one of those creative people who kept a little notebook of all the funny little cartoons and photos that might prove useful at some point in the future. Then I read an interview with John Hegarty where he said it was a bad idea because then you weren’t giving your mind the opportunity to rearrange them in unexpected ways. If they sat in a big jumble at the back of your brain they might attach themselves to each other less predictably, possibly connecting things you’d seen decades apart from each other. Then again, I know plenty of people who have had successful careers keeping such a notebook, so i suppose you should just do whatever works for you.

Sometimes you get a brief that immediately screams at you to put two things on your office wall together in a Gold Lion-winning combination, but more usually you end up subconsciously marrying a line from an episode of Grange Hill circa 1984 with a passage from a Shakespeare sonnet you heard at a wedding last month. What puts them together? Who knows, but something is creating the alchemy and the timing of those connections could be crucial.

So sponge away. There seems to be little method to it other than the more the merrier…