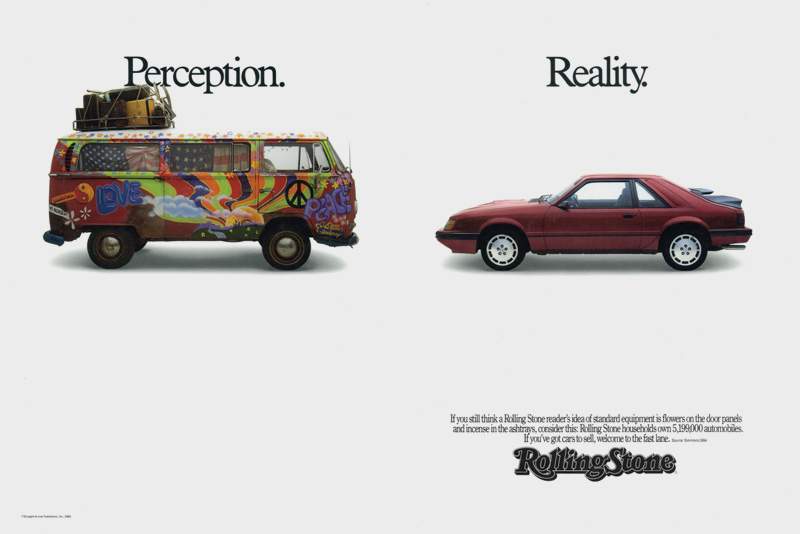 A friend and I were just discussing the recently-relegated Newcastle United. We both found it kind of odd because we’d lived through the 90s, during which time Newcastle were a frantically entertaining and relatively successful club. One week they’d lose 4-3 to Liverpool, the next they’d buy Faustino Asprilla to shore up their title challenge.

So the dissonance comes from the old perception we had of the club vs the current reality (being shite, run by a malevolent discount sporting goods CEO, only playing well when they’re on TV etc.).

I experienced this first-hand when I freelanced at one of the post-Frank versions of Lowe in 2009. My AD and I had lived through years of Lowe producing some of the best advertising in the world, and although we knew it was no longer that Lowe, we couldn’t help thinking it still had something in its fundamental structure that would still allow it to produce greatness. Unfortunately that wasn’t the case; by that stage it was mainly the London outpost of an uninspiring international network, producing some pretty dry ads for Knorr, Vauxhall and Cif.

There was no longer any Stella Artois, Olympus, Paul Silburn or Vince Squibb, so what made Lowe Lowe? And, indeed, what was ‘Lowe’? I suppose once the great accounts and brilliant staff had departed it was no different to any other so-so ad agency. Soon after, it merged with an agency which, up to that point, had been pretty mediocre, becoming DLKW Lowe, and the transformation was complete*. But I still hear the word Lowe and think ‘good advertising’, which makes me wonder how long perception lasts beyond a material change.

I recall David Abbott once suggesting that a person or company could live off its reputation for three years. I think that period of time differs depending on the strength of the reputation and who is regarding the person or entity. The rational, analytical side of an observer may understand that the good times have definitely left the building, but the emotional memory may live on. I wonder if it takes as long to fully lose a reputation as it does to gain one; Lowe had spent so long being so good that I found it hard to wipe away the entirety of that perception.

And of course it works in the other direction. Look at Grey: for so many years the punchline of jokes about the worst agency in London, it now regularly wins the most creative awards in the country, and genuinely pushes the advertising envelope (even if some of its efforts are depressingly scammy). However, in the back of my mind it’s still slightly Grey, slogging its way through a depressing series of P&G shitefests.

I suppose we experience so few spot-changing leopards that it’s a situation we rarely have to confront. Most things stay somewhat consistent over time so we’re used to retaining our initial impressions of them. Perhaps it takes a long time to trust any kind of change because we need enough examples of the new entity to cancel out our perception of the old; one swallow doesn’t make a summer, nor a single penguin a winter.

So live off your fat days, or accept that if you’re crap today it’s going to be hard to shift that perception, even after the reality has changed.

*By the way, I don’t pay enough attention to the current UK ad scene to know what state Lowe is in these days, but I do know it has a fine pair of ECDs and some excellent senior creatives, so I’m hoping for the best.

10 Responses to perception vs reality