What we can do to improve advertising: part two.

I know I left it with a call to arms about doing better ads but how many of you are really going to do that? Maybe loads (I hope so), but I just wanted to give your efforts the same shot in the arm that inspired me:

Back in the forties advertising was even worse than it is now: 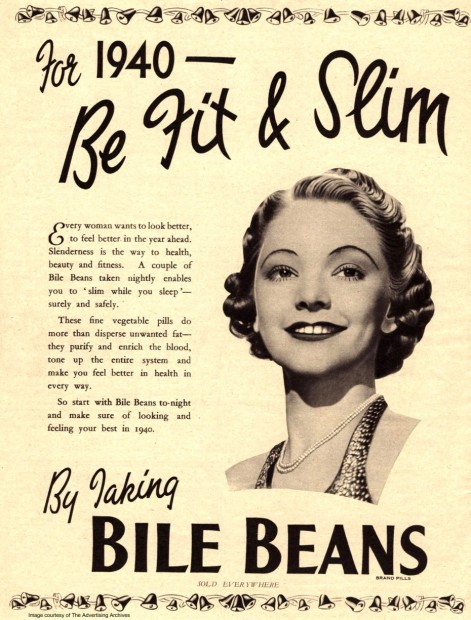 Then this guy called Bill Bernbach came along. He actually started in advertising in 1939, but he spent nine years at Grey, despaired of how crap it was before starting his own agency – Doyle Dane Bernbach. From there he revolutionised advertising as we know it by making sure DDB’s output was intelligent, beautiful and persuasive. Here’s what he had to say at the time:

Sound familiar? Could he be talking about the current preeminence of data? (More incredible Bill quotes here.)

Anyway, he kicked the industry up the arse and is the reason why every ad you’ve ever liked got made. Literally. No exaggeration. No Bernbach, no Surfer, no Man Your Man Could Smell Like, No whatever won the Titanium Grand Prix this year, or any other year.

So a couple of months ago I was listening to Dave Dye’s excellent podcast interview with my old boss Peter Souter. Somewhere near the end Peter mentioned the effect Mr. Bernbach had on the industry in the 50s. He then said that he felt that there was no reason why a similar revolution couldn’t happen today, and he has indeed attempted to instigate such a thing in his role at TBWA London (it’s worth mentioning that it took Bill around a decade to achieve his aim, in an industry with far less competition and far fewer alternative distractions).

That passage really made me think that any improvement is truly possible. Sure, it once took a man as great as Bill, but that’s no reason why there isn’t another Bill (or ten) waiting among you. Bill wasn’t ‘Bill’ until he became Bill. He saw something in the world that he didn’t like and went about changing it. At first he encountered resistance, then he gathered likeminded colleagues, then they did what they thought was right, then other people saw it and agreed, then many followed suit (or tried to).

And that’s all it takes.

Gandhi’s suggestion that we should be the change we want to see in the world has become so ubiquitous that it’s hard to be consistently present to what it really means. It’s even harder to act on it: you don’t like Brexit? Go and stand for your local council and keep going until until you’re President or Prime Minister. Fed up with massive companies paying no tax? Stop using them, and spread the word until enough other people follow suit and the company collapses. Think advertising is dreadful and getting worse? Start your own agency, enroll clients in what you’re trying to do and make the kind of advertising that’s consistent with your values.

You will inspire others along the way and the world will change.

1 Response to What we can do to improve advertising: part two.