Why don’t advertisers advertise themselves?

It’s an interesting truth that advertisers, supposedly the experts on advertising, don’t really advertise themselves.

Why would that be?

The surface answer is this: ad agencies need clients, so they’re really only talking to a few hundred people at the very most; in fact at any one time, and taking conflicts into account, it’s probably no more than twenty people. If you have to advertise in a way ad agencies normally do, you’re trying to reach a lot of people, perhaps millions. Trying to communicate to twenty people in the same way you communicate to millions is like trying to use a nuclear missile to play darts. So you use another method: schmoozing at industry functions, perhaps, or maybe a year of relationship building with occasional phone calls and birthday gifts. You might wait to hear a rumour of agency dissatisfaction before pouncing with a box of chocolates and a bottle of Veuve. Anything but a 96-sheet poster (unless you’re doing one of those stunts where you you buy the 96-sheet poster outside the Hamlet client’s house that says something like ‘Happiness is an agency called Spiggot and Flange’ or something. Do they still make Hamlet?).

Occasionally ad agencies create an ad for themselves. Very occasionally it’s good enough to get into D&AD: 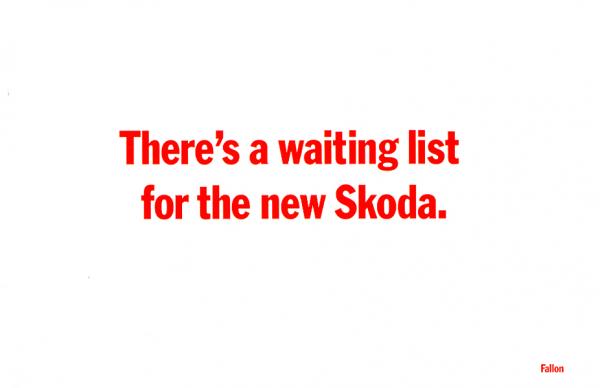 But that’s rare and they’ll tend to feature in the trade press (circulation: maybe 10k).

So that’s the basic reason. Is there another?

Well, I wonder if ad agencies would be any good at advertising themselves.

Think about it: doctors who self medicate often go a bit too far because they don’t have the requisite objectivity. Similarly, lots of shrinks are basically a bit crazy and would you be cool with army veterans defending themselves in a reasonable manner back at home? Human traits of taking a mile when you’re given an inch (or taking lots of pills when you’re given the key to the prescription meds cabinet) and seeing every problem as a nail when you have a hammer (or seeing every argument as a reason to punch someone when you’re very good at that) can surpass the strictures of professional responsibility.

I think ad agency people might fret too long over the brief, finding it tricky to agree on exactly what they want to say about something as complex as their own ad agency. Then they’d come up against the creative problem: do you actually abide by ‘creative’ principles when you’re selling your own stuff? If you lose your dog, do you come up with a lateral campaign idea expressed with startling originality, or do you just stick up a photo of your dog above the words ‘LOST DOG’ and your phone number? I recall one situation where I was tasked with doing an ad for my agency to go in the programme of D&AD. When I put it together my boss actually asked me to make the logo bigger (when I pointed out what he’d said he changed his mind).

If you want proof of this kind of thing have a look at most agency websites. Although it’s a shop window into the creativity of the company, you’ll find that even the most out there shops tend to follow a fairly straightforward pattern of ‘About, who, work, careers, contact’, with some pictures from their most recent ads. Is this because they want to appeal to as many potential clients as possible, and most of them are fairly straightforward people? I’d say so. But does that ultimately undermine attempts to persuade the client to ‘take a chance’ or ‘do something brave’ when they’re selling the work? Hmmm…

1 Response to Why don’t advertisers advertise themselves?